How long does it take to clean a baby’s sticky and watery eye?

How long it takes to clean a baby’s sticky and watery eye depends on two things:

- the cause of the problem

- the methods you use for the treatment

Commonly newborns have a watery eye. Therefore, it is not a rare or horrible thing if well monitored. Your pediatrician should reassure you that it usually won’t affect your child’s vision or anything else. So, on one hand, parents should not worry too much and make a big deal from it, but they shouldn’t neglect it either. Another thing is that doctors do make mistakes as well as all other human beings. That’s why do not solely trust your pediatrician’s opinion. If he advices you something that doesn’t really work, ask him again over the phone without waiting for an appointment. In case you don’t see any improvement, seek for a second opinion from another doctor.

When my son was born I’ve noticed that tears flowed from one of his eyes a little bit, but constantly whether he cried or not. From the beginning the tears were clear, but it still bothered me, so I told about that to my pediatrician and mother. My mom, who lives far away from me and couldn’t come over, told to use breast milk as the treatment for sticky and watery eyes in newborns. She advised me to squeeze few drops of breast milk directly to the corner of my son’s eye. Unfortunately, I had engorgement right after delivery of my baby. Engorgement is when it seemed like that I had full breast of milk, but it was really hard to squeeze something from it. I was not experienced first time mother which made hard for me to judge better what is good for my child and what is not. In addition, I wasn’t successful of squeezing milk from my breast by hands and the notion of dropping anything in my baby’s eye frightened me since I thought that I might do more damage than any good.

My pediatrician diagnosed him having plugged ducts and said that it is not necessary to use breast milk because it doesn’t make any difference whether to clean the baby’s eye with water or milk. For some reason I trusted my pediatrician more than to my own mother even don’t know why. So, I disregarded that my mom told me and followed advices of my pediatrician. I cleaned the affected eye area with cooled boiled water and clean tissues many times a day for about two months till the next two months well being appointment. Then I again complained about the problem to the doctor. I described everything what I was doing and said that his eye started to produce brown sticky stuff. It was not just clear tears any longer. However, she told me did not worry and just keep doing the cleaning until it will go away by itself. The pediatrician explained me that my child had the brown sticky things because of bacteria though.

I saw that the situation just worsening. One morning I woke up and found my son laying in his crib with one eye open and another one was closed. My poor baby couldn't open it because of that sticky yellowish stuff in his eye. He didn’t cry I guess he was too confused and didn’t understand what was going on. After that I decided I cannot wait any longer. I needed to do something about it now and didn’t listen to the pediatrician. Since I knew that bacteria caused the problem I decided to try the method that my mother told me long time ago to do. At that time I already had a stable milk supply and learned how to manage it. I did not drop anything into my son’s eye as she told me to, but instead I just squeezed few drops of my breast milk on a clean tissue and wiped it carefully off few times the first day.
I was amazed that the very next morning after cleaning my son’s eye area with the breast milk he woke up with absolutely normal eye as he never even had the problem before. I thought - magic. Despite that, one more day I still keep cleaning the eye area just in case. So, in only two days my child was healthy and happy again. I was glad that I finally listened to my mother’s advice and regretted that I didn’t do it earlier making my baby suffer for long three months. 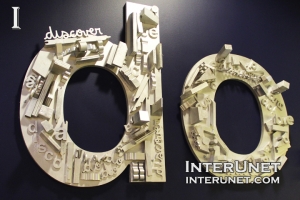