Knit jacket for a child 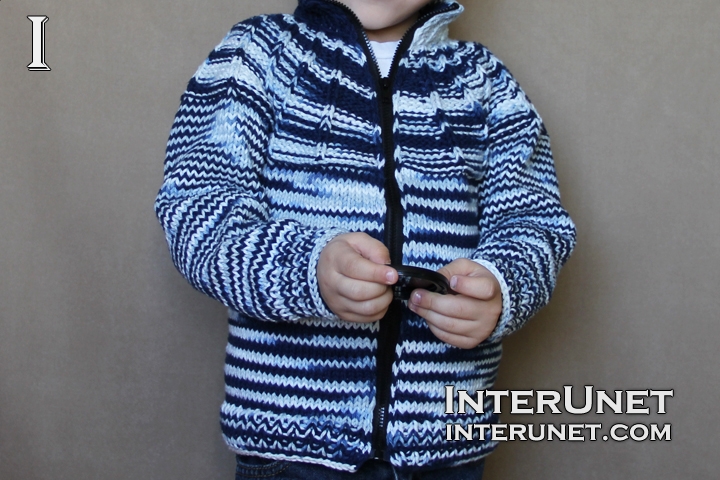 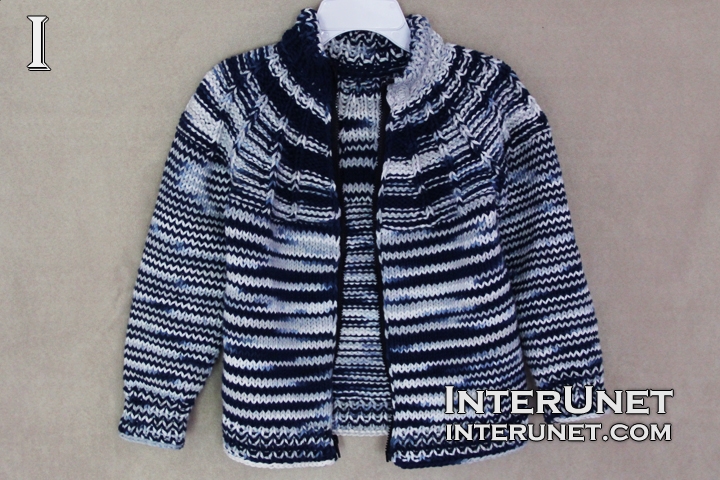 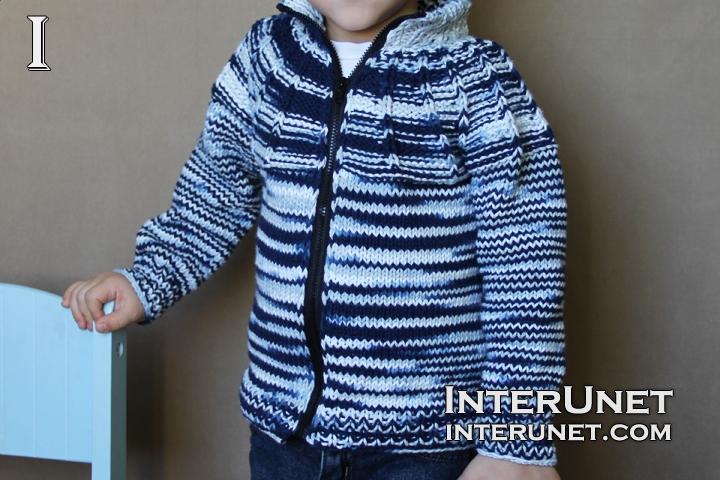 Abbreviations
inc – increase – make above one purl stitch two p sts. For that, place a loop of the previous row onto a left needle then purl these two loops
k – knit stitch
p – purl stitch
sl.st. – slip stitch – slide one stitch from the left needle to the right one without knitting it
st – stitch 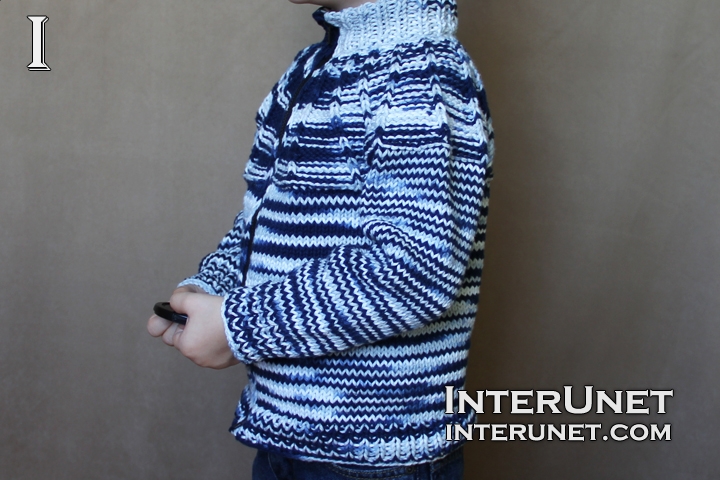 Jacket knitting pattern - knit a jacket for a child

For dijana vidra,
To make a smaller size jacket, it is necessary to stop increasing sts when your front and back parts will be wide enough to the child's chest circumference (leave some space for growth). The exact number of rows to work will depend on your gauge/tension also. Then join the front and back parts together similar to how I did (knit the pattern for the 1st front part, slip 1st shoulder part on a safety pin, continue knitting the back part, slip 2nd shoulder part on a safety pin, and then finish knitting the 2nd front part). Please ask questions (if any) on this page. Happy knitting!

Hi Sana
Thank you for your reply.
Here is my question, if I stop increasing at row 22, how many stitches do I need to separate for sleeves?
Is there a formula to dividing stitches for sleeves?
Please let me know.

Excellent. Thanks for your help

Hi, thanks a lot for your amazing video, as well as the great instruction.
I'm making this cardigan for my son, but i'm still wondering. When i finish the 29th row, the width seems to be enough. But the length doesn't reach the under-arm. (As i mesure, i got 12cm from shoulder to the under-arm. But there are only about 9-10cm after finishing row 29th)
So as your opinion, do i have to stop increasing and just knit until i got the length i need?
Thank you so much!

Hi Sabine,
Thanks for the good question. Yes, I would stop increasing sts also (otherwise, the sleeves might be too wide). Happy knitting!

Hi, this video is great. Very well explained and easy to follow. I am trying to make the same thing with Lion brand 6 ply (super bulky) wool. How many to cast on? How many to increase every row?

Hi piyali,
It will depend on your gauge/tension. I would suggest to knit a small sample first before starting the project to know your gauge, and then estimate how many sts it is necessary to work to a child's chest circumference accordingly. If you write me your gauge, I'll be able to help you out. Happy knitting!

To help you out. I need to know your gauge and the boy's chest circumference.