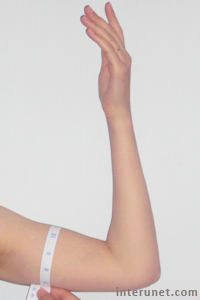 How human fat distributes throughout the body

Despite the fact that some doctors might say that normally fat accumulates evenly on a human organism and get rid of body fat under upper arms is the same like from anywhere else, but many people may disagree with that statement. Maybe it is true about newborns and their fat distributes evenly because they have fatty feet and hands, but most adults have certain problem shape areas. In most cases it is not enough just to lose your overall weight or do some exercises in order to reduce your arm fat because it won’t solve the problem entirely.

In addition, people are different and have varied body shapes problems. For example, some women’s fat accumulates more on the back and stomach, but for others it is more on hips and legs. Therefore, they have to concentrate on reducing fat from their certain body parts (if any).

One of the biggest body problems for women is fat under upper arms because even in the summer time stomach and thigh fat can be hidden under clothes, but not flabby arms. In the hot weather it is almost impossible to wear long-sleeved dresses in order to mask your arms’ imperfections. Fatty arms are not nice and some people are even embarrassed because of them. This is more problematic for some people because fat under your upper arms is one of the hardest body areas to get rid of from. In addition, that is almost the same like to flat your belly fat or thighs fat which requires constant work on it.

What people usually do to fight with flabby arms

Some people try to reduce upper arm fat on their own at home or gym and others do it with professional licensed trainers. There are many physical exercises exist on how to get rid of flabby arms, such as push-ups, backward or overhead weight lifts, cardio exercises, and different kinds of pull-ups. However, some of the workouts are not for everyone. They are hard and can be even dangerous for your health if you do them not wisely. You can potentially stretch your muscle or veins might start to show on your skin’s surface which is not any prettier than fatty arms. In addition, when you do hard physical exercises your muscles start growing which make your biceps and triceps look bigger. If for men it is ok and even desired, many people find it attractive, but for women it might not as long as they are not bodybuilders. Other problem with doing hard physical exercises that they are short lasting, as soon as you stop doing them your arm will return to previous fatty shape relatively fast.

On the other hand, dancing movements will make magical difference not only for your upper arms, but for your body overall as long as you will be able to do it frequently. Other, sort or strange, but definitely working alternative for reducing your arms cellulite is shaking your hand after each time you wash them. So, instead of drying hands with towel you might want to try to do some overhead or on the level of your shoulders shaking for as little as a couple of minutes. It won’t take long to make them dry with air and plus with some period of time you might notice incredible difference about your upper arms new look that you always wanted.