Why women lie about their age? 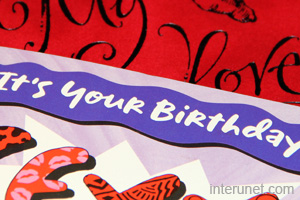 All people will age eventually because this is inevitable process. Some individuals’ aging processes begin earlier while others a little bit later. However, usually women are more concern about their aging than men. Commonly ladies can start worrying about their ages and feel that they getting older even before 30 while guys mostly do not have such issues. In fact, male seem like start looking even better with years while female attractiveness generally fade.

Women lie about their ages not only to the side of decreasing but increasing also. For young girls sometimes is more desirable to be older. Some of them cannot wait to grow up faster to be interesting for guys and start dating or to attend night clubs where only 21 and older people can be allowed to walk in. This is especially the case when those ladies have older female friends or sibling. They become jealous that just because of age they are not allowed to do what just few years older girls can.

On the other hand, usually after 25 years old many women start to try not mentioning their real age or even lie about it. They think that their ages are on how they feel and look, but the year of birth is just a number. Some women even stop to celebrate their birthdays.

Our society is too judgmental about age of people, making especially women lie about that for many reasons. Common reasons why women try to hide their real ages are following:

Want to be on how they feel

Nowadays with such progressing cosmetic technologies, some women especially with good genes can look youthful much longer than they used to. That’s why ladies do not want to see eyebrow raising on others’ faces when people find out about real age.

Want to be young forever

Youth is for many people one of the most valuable assets they have. It works in your favor in many instances like when you plan to find a friend, job, or partner.

Want to be among young people

Women feel younger when they are among other young adults. Usually it is easier to deal with a young person than with an older one because he can more easily to give in to avoid argument or disagreement.

Often when people find out about person’s real age, their attitudes might change towards this individual. Age factor may prevent the person from winning a friend, getting a job or promotion. It is very common that people choose friends from same age group, even though, younger person might have many same interests with someone who is 10 years older.

Some women find more appealing young guys then older men of their age group. It is especially the case when it comes to sexual life. They want to have young and energetic body next to them and not an old one who want to just fell asleep at night.

Do not want to accept ageing

Since our society value just youth, the age is very difficult factor that people should deal with. Even after 40 when many still feel young, but others consider them old.