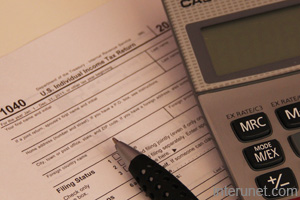 What is tax evasion?

Tax evasion is an unlawful act from taxpayer’s side of intentional underpaying or reducing tax liabilities that are already due which might lead to even criminal sanctions against such individual or organization. Commonly when a taxpayer tries to evade taxes he intestinally does not pay or partially not pay the amount of taxes which have occurred.

Some examples of tax evasion can be knowingly:

- claiming more expenses that you have receipts for or not qualify expenditures for the business which are not ordinary or necessary for some certain course of business. For example, if a truck driver clams exaggerated business expenses occurred during the year, he will be considered as trying to evade his tax liabilities which is illegal,

- not including all the income occurred during the year.

What is tax avoidance?

Tax avoidance (mitigation) is a lawful act from taxpayer’s side of trying to reduce the amount of potential tax liabilities which is not occur yet. Avoiding a tax that is never existed is legal. Any taxpayer has the right to minimize the creation of tax liabilities. This is usually can be achieved by consulting with tax advisors and planning ahead the course of action that will lead to minimization of potential tax due.

Some examples of tax avoidance can be:

- make charitable contribution or out of pocket medical expenses in the year you are going to itemize deductions,

- make a like-kind property exchanges instead of selling and buying new one whenever possible,

- planning ahead which depreciation method will benefit you the most if applicable.

Who can be panelized for reporting a not accurate tax return?

Taxpayers as well as tax preparers can both be panelized for intentional understatement or overstatement of income or expenses. Even such seems like innocent thinking of some taxpayers that it is better to show less expenses than more is not accurate. IRS looks for exaggerations not only which are too high, but too low as well. For example, if a self-employed individual claim that he earns about $9,000 for the year with no supporting documentation of those earnings and has no expenses, it might be suspicious because any business should have at least some kind of expenditures. Therefore, this taxpayer’s action might be considered as manipulation of income and can be panelized.

Tax preparer is also accountable to perform due diligence and explain to his clients the consequences of certain actions. It doesn’t mean that the tax preparer should be suspicious in tax evasion each time he sees some exaggeration, but instead he need to ask additional questions and make proper and clear notes of the answers in order to perform due diligence. Tax payers usually are not experts in tax law and might not know what they allegeable for. Therefore, good and positive communication with the client is essential in order to determine together what is in his best interest lawfully.

1 Usually if it is more tax advantages to get married before the end of the year for those couples where only one working spouse or another spouse has little earnings. On the other hand, if both individuals have about equally high income it might be better for them to wait until the next tax year in order to save some on taxes.