Signs that your marriage is over 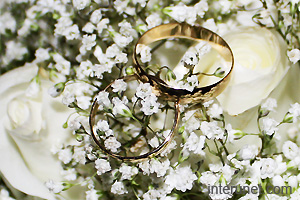 All married people face risk to get tired of each other. For many individuals it is hard to see the same face everyday especially if something bad going on between them or they stop loving each other. Some persons just cannot keep long relationship while other give up hope that a problem can be fixed. To save marriage couples should compromise, but it should be from both sides. If only one spouse tries to be wise then the trying will probably be useless.

Many circumstances might create tension situation between married couples. Examples of those might be money problems or sickness of a child. Moreover, even welcoming a baby in the family might lead to tension in your relationship. Spouses might start to blame each other of not proper care about the baby or other things.

Relationship is a flame which should be maintained constantly to continue. If people stop putting something into it, the fire ceases burning.

It is easy to find someone’s quilt and hard to admit your own fault. When people too often start to blame each other in problems they have, their marriage will probably won’t last long unless they change their attitude towards each other.

It is understandable that all people are unalike and have their own opinions, but to have healthy marriage couples need to work like a team. They should try to have more common interest and things they like than those that are way different. To be together, they need to compromise. For example, a husband might dream to go on vacation to Alaska while a wife imagines herself lying on the Florida beach. That’s why it is important to respect everyone’s wishes and go on one vacation to Florida and on another one to Alaska to realize each dream.

Abusive behavior is one of the strongest sign that a relationship should be ended. There is no excuse or second chance. If your spouse dare to hit you, then broke up is one reasonable and thoughtful decision that should be made.

Especially after abuse or cheating, partners might start hating each other. When there is no love left then what the point is to keep such relationship.

Romantic relationship will never fade if married couples really want it. They will care about each other’s feelings and wishes. Both spouses won’t forget about their overall looks. Partners will find time in their busy schedules for maintaining the flame of love by making surprises, keep going on dates, and having sex.

Work together on problems

Team work is one of the strongest signs of good and strong relationship.

Spouses should be positive and pleasant to each other in order not to irritate and depress one another. People are different and no one is a mind reader. That’s why positive discussions towards understanding are very important.

There definitely cannot be love if you even do not respect a person. Couples should try to be reasonable and wise to recognize the cause of the problem and deal with it on the adult level.

Shown support and care will play a tremendous role in keeping the relationship alive.