Should women lie about their age? 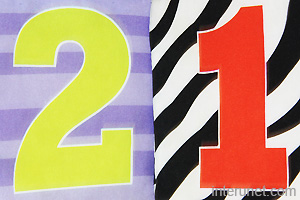 Usually it is not right thing to lie in general, but in some instances it might benefit a person. People have different motivations to do one thing over another or choose one way over the other. Many people want to find partners while others try to get rid of them or do not want to be bothered.

Words are like birds. If you let them go, they won’t come back. No one can reverse time or situation. You cannot take your words back. In such situations, usually apology is not suitable or won’t help anyway. There is no way you can fix what is broken. It is especially the case when you said something that is not true to your partner or boyfriend. People won’t forget or forgive you those mistakes even seem such harmless ones like lie about age.

Even if your partner might turn the lie into a joke or try not to pay attention but he won’t forget that. If you lied once then he will know that high chances there will be more. Nobody wants to feel like a fool and won’t let himself foolish for a long time. For many people to hear lie from a close person is not just a matter of feelings, but dignity also.

Lie is lie no matter whether there was a good or bad reason behind that. It is not proper things to do regardless of circumstances. Maybe it would be still ok just not to mention some facts if no one ask you about it. But to look into a person eyes and say not truth is totally different story. Relationship usually won’t last long anyway if you started it from not telling the truth.

If an individual lied about something, how she can expect normal attitude towards her from a partner. Even if your partner won’t dump you right away, chances that he will be honest with you in the future are very low. As old say “Do not spit into a well - it may be useful to drink water” which means do not ruin something that might benefit you in the future.

There are some possible consequences after telling lie about your age.

Every normal person will be disappointed after he finds out that someone tried to lie to him. When people are honest to each other, they show their respect.

It is disrespectful to lie from a partner’s side. The outcome of such action might be that your boyfriend will start disrespect you in response.

Usually you will get what you deserve. If the trust will be broken between people, they probably start to keep distance from each other.

On the other hand, there are some situations where lie might even help. For example, if a woman wants to end up relationship, she might do something that her partner definitely won’t like. The lie might be one of the strongest causes for break up.

No matter how small or big lie was, but it is unforgivable anyway.