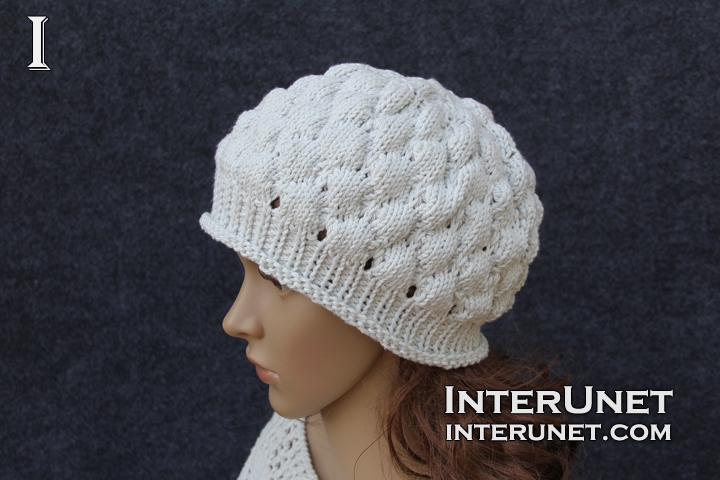 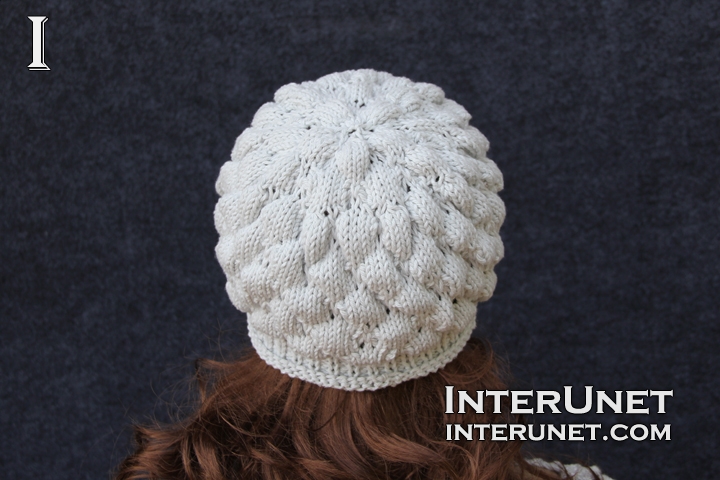 To knit the hat, cast on 90 sts or multiples of 2 sts. Make your first loops loosely. You may choose any cast on methods you prefer. In the video, you see a long-tail cast on method. For that, wrap the yarn around your head loosely twice to know where to make the very first stitch/loop. Then add as many sts as necessary and stretch them from one point to point to begin knitting in the round. 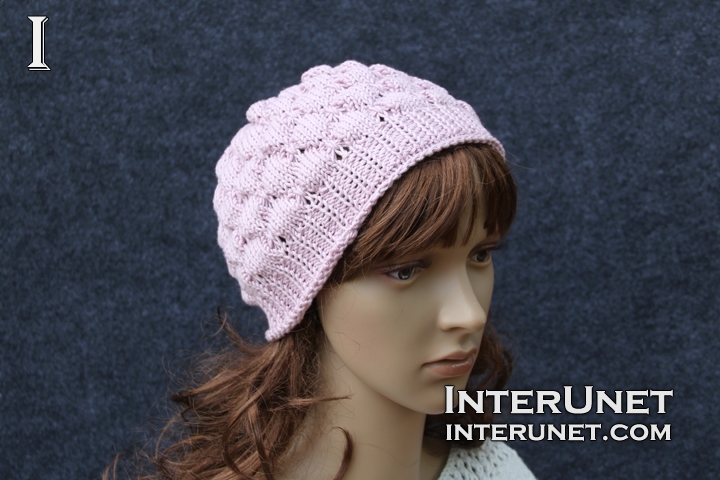 Abbreviations
[ ] – repeat
k – knit
k7b – knit into 7th stitch below
k#tog – knit two or three sts together
p – purl
sl.st. – slip stitch – slide one stitch to the working needle without knitting it (keep the yarn behind your work)
st – stitch