How to solve marriage problems? 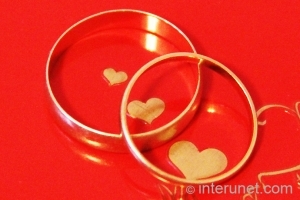 Love is like a sparkle which fades with some time and often, busy with family routine people, do not pay attention to it until they notice that something is wrong with relationship. When spouses are getting tired of each other, it could be even no way or chance to fix that. It is hard to speak with someone who is not going to listen to you. Therefore, to prevent unchangeable situation try to recognize marriage issues on early stages when it is still not too late to fix everything.

Your marriage problems might be because many reasons and each have its own solution.

People react on various information, stimuli, and irritants differently. Especially high temper persons might go out of themselves so much that they may lose sense of reasonableness or limits.

According to one legend, once God dropped beans and they all split in two pieces when they reached the land. Each individual is one piece of a bean. If the person finds his exact other half, there will be a perfect match. However, usually it is hard to find or recognize among many who is the one.

Lack of understanding is one of strongest causes of break ups or divorces. Obviously people are unalike, but there must be at least some similarities between spouses in order to move on in one direction.

Oftentimes people love the image or a picture. Later on, reality will open their eyes eventually and husband and wife might become too disappointed in each other.

When it is understandable that people prone to like something new and it is absolutely normal, but no one should forget about obligations, promises, and limits. In strong relationship loyalty is main thing, in fact it is everything. Only both spouses’ true dedication and sacrifices will help to build long-lasting unions.

Crash is short lasting flame of love whereas respect is long lasting love relationship. In order to make yourself be respected, do something that inspire others, make them proud of, or be an example for your family.

People’s lives are full of unexpected situation and other troubles. When spouses love each other, they will deal with any issue together. If they start to blame just each other and try to find who is guilty and not how do fix that then this is one of early signs that such marriage might end up in divorce.

If one spouse will try to insist constantly to do his just way and make rules in the family, the other one might quickly get tired of the ruling, demands, and compliance. There won’t be normal relationship if only one partner will give in.

If your spouse and you are not team players then the big chances are that the marriage is meaningless and worthless. All people face many problems in their lifetime, but only reasonable individuals will be able to solve any disagreements and move on rather than make a big deal of it or quit.

As well as lack of similar interests, routine is also one of strongest factors that might apart spouses. Both husband and wife should make themselves interesting to each other despite everyday routine.