How to make homemade meat dumplings 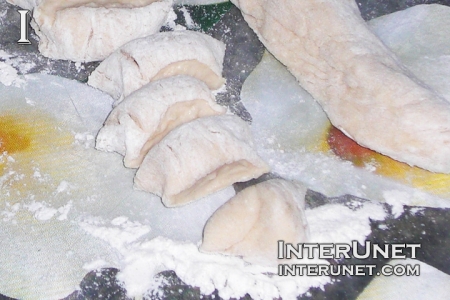 Dumplings are very famous dish throughout the world. Different nations call them in various ways. People will never get tired from this food because it can be prepared as sweet or salt dish and they go with different fillings, such as meat, sweet cheese, fruits, mash potatoes, etc… In addition, dumplings have many ways of preparation, such as frying, baking, and boiling. One more positive thing about this dish is that they can be cook while they just made or you can freeze them and use whenever you want later. You just need to take them out from your freezer and put strait away in boiled water. Therefore, this dish is a very good option for big families or for people who don’t have much time to cook often.

In order to prepare meat dumplings you need to have an electric or gas stove, large saucepan, two large mixing bowls, and rolling pin. In addition, you should have the following ingredients:

- 1 pound of ground meat (pork, beef, turkey or combination of those will work fine also)

- salt and pepper by taste

In a large bowl put pork ground meat and add salt and pepper by taste.

Separately in other bowl combine milk, egg white, and salt. You need to mix it well and start slowly to add flour by the time the dough become stiff. After that you need to place it on a floured surface and punch for a few minutes. Then you should cut it by two equal pieces. Next step is to make from one part of the dough a shape like a candle or thin rolling pin and start to cut it like a sausage. With the floured rolling pin roll out those small pieces of dough until very thin and then with a teaspoon add into each about ½ tsp of mixture with ground meat from other bowl. In order to make the process of cooking dumplings easier you can by a special form for that and then just roll out half of dough to very thin. Then put it on the form and add pieces of meat. Final step is to put second half of dough on top of first one and with rolling pin put down that ready dumplings will fall down from the from. This way is much faster than first one; however, sometimes it is hard to roll out a big piece of dough to very thin.

Final step is to put on high flame the big saucepan with 2/3 full of water and add salt to there. Wait until it start to boil and then add there dumplings. You need to stir it well otherwise it might stick to the bottom of the saucepan or to each other. After 15 minutes of boiling them you can serve with some sour cream on the corner of the plate. Enjoy your meal!