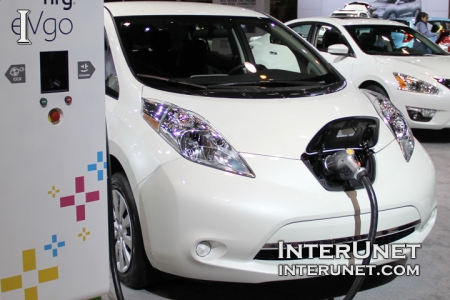 Electric cars have multiple disadvantages and any driver should definitely consider and analyze all the cons while purchasing EV.

Electric vehicles are expensive to buy. Compact conventional cars might be 30% -40% cheaper than fully electric autos. Many might believe the cost of manufacturing battery and electric motor will determine higher overall cost of EV, but it is just partially true. Batteries for electric vehicles are not cheap, but internal combustion engines along with numerous of additional systems that have to be installed might not be much of a cheaper production process. Demand is a prior factor of cost determination and ones sales volume will significantly increase, the price will go down.

Charge the battery in full might take hours and it is far away from what most of drivers are expecting from the vehicle what by its initial meaning has to help saving time on commute. Buying charging station might reduce the time, but it is also extra expenses. And at quick charging station you have to wait about half an hour to have the battery 70% – 80% recharged.

Might not be the best option for traveling on long distances

Electric vehicles are still might be a considerable option for driving in the city or short distances. Going a few hundred miles from home on a family vacation in the electric car might be not the best solution. Even if the most roads will have charging stations within average range of EVs it still might be risky to drive such car fully loaded in the mountains or under other conditions when the travel distance before the battery has to be recharged significantly reduced.

How long the battery will last is one of the main concerns when it comes to fully electric vehicles. Electric car manufacturers offer decent battery warranty and some of them will have coverage for 8 years or 100,000 miles. But the question is how much it will cost to replace it and whether it will have a sense to spend thousands on a new battery or just buy a new car?

Used vehicle market is gigantic in any country. Conventional car might be resell a few times during its lifespan. Many people with lower income prefer to buy 5 – 6 years old car with 60,000 – 70,000 miles for the half of its original price. If such vehicle was regularly maintain it still won’t require major repair in the next few years and might be easily sold 25% - 40% cheaper. But who will purchase six years or older electric car facing a potential risk of having such huge expensive as battery replacement?

Most electric cars are compact and there are no SUV, truck or minivan to choose from. Tesla Motors offer sport Roadster and few luxury sedans coming in near future, but the price for an option with 300 miles range still might be too high for majority of drivers. There are many concept vehicles from major car manufacturers, but still not many options on the auto market yet.