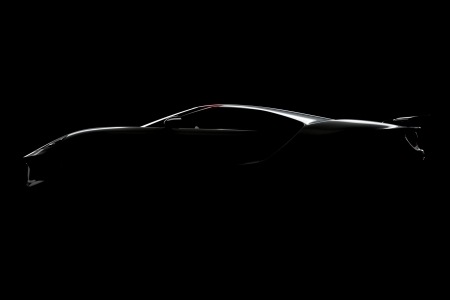 Birth of the Ford GT

A sparsely worded newswire release was issued on May 22, 1963, noting, “Ford Motor Company and Ferrari wish to indicate, with reference to recent reports of their negotiations toward a possible collaboration that such negotiations have been suspended by mutual agreement.”
The flurry of negotiations between the companies had ended, but Ford’s desire to become a player in performance motorsports remained strong. A month later, Ford formed the High Performance and Special Models Operation Unit with the mission to design and build “a racing GT car that will have the potential to compete successfully in major road races such as Sebring and Le Mans.” The unit’s resulting work, the GT Program book, circulated internally on June 12, 1963, and contained the initial design concepts for the GT40.
Three years would pass before the Ford Performance team and Shelby Automotive were able to fulfill Henry Ford II’s goal to beat Ferrari at Le Mans. Those three years were filled will hard work and more than a few failures. As work continued to perfect the car, the 1966 24-hour endurance race at Daytona would prove to be the coming out party for the GT40 Mark II, a car that would go on to become an endurance racing legend – and is being celebrated in the 2021 model year.