Electric or hybrid car - which vehicle is better to buy

What is a hybrid vehicle?

Hybrids are distinguished from other autos because they usually use two or more power sources (usually gasoline and electric). In contrast, electric vehicles use normally one or more electric motors. Those autos do not use any gasoline; they run on rechargeable electric batteries. 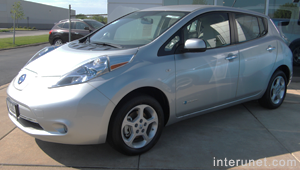 Advantages of hybrid and electrical cars

The main advantage of hybrids and electric vehicles is because of their energy efficiency. They don’t consume any energy while at rest (stay on stop sign or red traffic light) and electricity is few times less expensive compare to drive on gasoline. These cars are pretty much reliable as any other vehicles and normally have longer warranty coverage.
Hybrid vehicles are normally less risky than electric cars because they run on both gasoline and electric. The computer system on a hybrid car makes the decisions about which energy source to use at different times. If the electric battery will exhaust than car will start to run on gasoline. During this time the battery will charge again because it has ability to surplus energy as electricity while driving on petroleum. 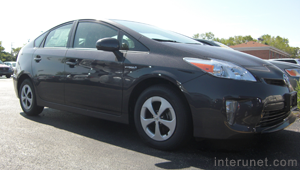 Disadvantages and risks of hybrid and electrical vehicles

Since both hybrids and electric vehicle have batteries inside, they have a potential risk of having some problems with that. Any battery will eventually wear out with time. In addition, if a driver stores the vehicle for long time the battery might be damaged. This can normally happen from not charging it and not driving your car. Replacement of such batteries might be very costly.
Recharging of an electric vehicle might be an issue if you going to drive for long distances. There may still be not that many of charging locations along your route. These autos are generally more expensive compare to regular conventional cars about the same quality. Old battery will require charging your vehicle more often. Manufacturers estimate that with a time the battery might perform worst and you can drive about 30% fewer miles compare to using a new one. You need to install home charging station components which might cost you up to few thousand dollars after paying for professional electrician services and taxes. Even if it seems like an optional fixture to install the designated charger in your garage, but normally in each American household is 110-120V and with that amperage the fully electric vehicle might require charging up to about 20-22 hours. Who will want to wait that long? In European countries amperage is 220-240V which cut the charging time more than twice to approximately 7-8 hours which is not that bad, but still might be inconvenient in some cases. Therefore, installing the quick-charging station is almost an unavoidable thing. It will have 480V and charge the electric car battery in as little as about 30 minutes.
While owning an electric car you might run into resealing issues once you decide to sell your vehicle.

Which car is better hybrid or electric?

Unfortunately, the answer to this question is “It depends on many factors”. First of all your preferences come into play. Furthermore, an electric car is definitely cheaper to drive because it doesn’t use gasoline at all. Hybrid is might case less trouble because you don’t need to install designated charger in your garage and worry where you can charge your car while away from home.